For those who missed the budget discussion at the May 5 City Council meeting, I am providing the following:

You can click on the hyperlink ACKNOWLEDGE receipt of the first draft of the Fiscal Year 2020-21 Annual Operating and Capital Improvement Budget, and establish the review process and schedule for City Council review and adoption – Finance Department (Belinda Brown 620-6740/Markisha Guillory 620-5434). to access the documents provided at the meeting.

Like all cities in California, Richmond will be hit hard by the economic impacts of COVID-19 as tax revenue related to shrinking economic activity.

The current projections include: 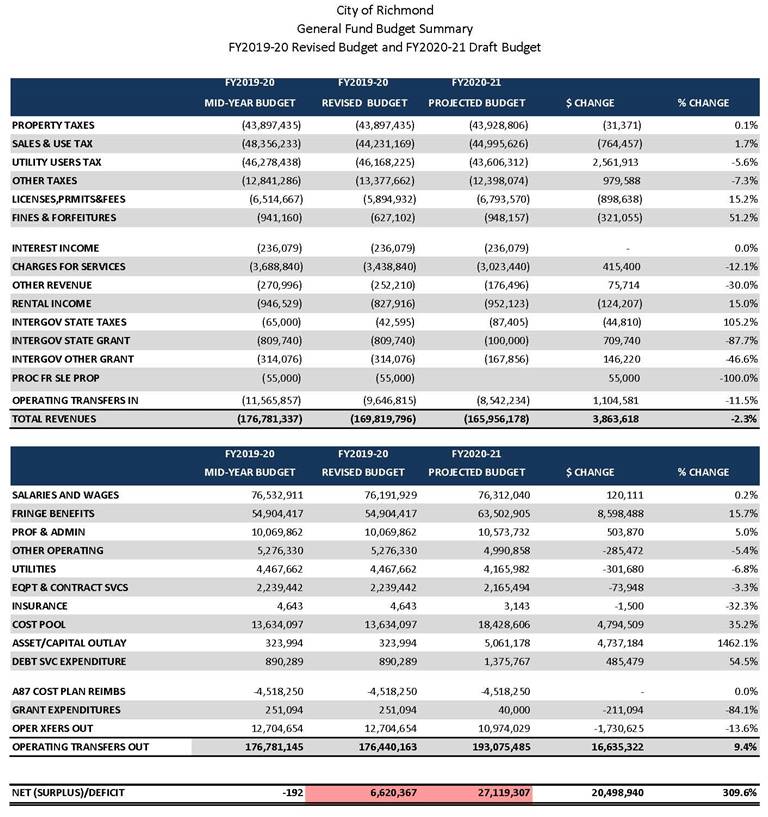 Between now and the end of June, we have to find a way to reduce expenditures by $27 million. One question often, asked is, “Why can’t we fund the budget shortfall from reserves?” Technically, we could use some of our reserves, but that is both risky and has limitations. Our reserves typically are on the low side compared to other cities. Lafayette council members, for example, recently lamented that they would draw down reserves from 60% to 51% to help balance their budget. It must be great to have that kind of cushion.

Others speculate that the state or federal government will bail us out. We can’t count on it. Today, the State is projecting a $50 billion deficit. And Congress and the president are talking about bailouts that might require cities to change their immigration polices or pension benefits.

As of today, we have 54 days to adopt a balanced budget. Anticipating the tough challenge ahead of us, in mid-April I appointed an ad hoc budget committee consisting of Ben Choi, Melvin Willis and myself to work with the city manager and staff to review revenue and expenditure data and help craft a budget for the next fiscal year that the City Council will support. The ad hoc Budget Committee has met three times and will continue to meet regularly over the next 54 days until we have a budget.

I have asked representative from the city’s employee unions to work with us, and they have met with us twice. I have also scheduled special meetings of the City Council May 12 and June 9, the second Tuesdays that we normally don’t meet, to go over budget reduction opportunities in detail.

As a result of intensive work by staff and review by the ad hoc Budget Committee, we have a spreadsheet detailing Potential Budget Balancing Strategies, with nearly 50 line items to consider.

Each line item includes a high and low range of estimated cost savings along with any layoffs that would result. Layoffs are the third rail of budget deliberations. Salaries and benefits make up 73% of expenditures, and non-discretionary expenses, such as utilities, insurance and debt service, make up another 18%. That leaves only $18 million of the projected $193 million expenditures to consider cutting without dipping into reserves. To get to $27 million, we would have to totally exhaust the reserves. 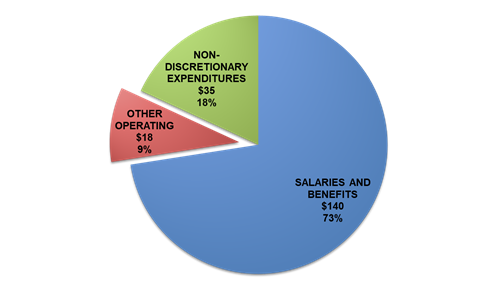 What about enhancing revenue? We are looking at ways of increasing cost recovery and increasing revenue, but the big-ticket items typically require ballot measures. Some may be on the November ballot, but passage is not assured, and even if successful, revenue would not show up in the coming fiscal year.

The job ahead is daunting. The various opportunities are best understood by grouping them in what I call “buckets.”

Bucket 1 – Services, programs and purchases that can be reduced or eliminated with minimal layoffs (6 positions total for libraries and pools), with a range of $13.7 million to $21.4 million. However, $4 million of it is complete closure of libraries, which will be very controversial. Without that $4 million, the range is more like $13.7 million to $17.4 million. Another $3 million is reduction in insurance reserves, a number that we have no control over how it actually plays out.

Bucket 2 – “Meet and Confer” items that result in diminishment of compensation and/or benefits to union members.  The range is $7.3 million to $10.9 Million. A lot of opportunity but expect a lot of pushback. The time and complexity of seeking union collaboration may not fit our schedule deadlines.

Bucket 3 – Hiring Freezes. These are positions that are currently unfilled due to retirements or resignations. They are all necessary for a well-functioning city, and arguments will be made that they are essential and that services will suffer if they are not filled. Some may be self-funding.     There is no significant range; the amount is About $6.2 million.

Bucket 4 – Reserves. After account for $7 million deficit this FY, our reserves will drop to about $12 million, or 7%. There is a practical limit as to how much further we can draw down reserves.

In order to meet the $27 million FY 2020-21 shortfall, we would have to select at least all the minimums in buckets 1, 2 and 3. The more buckets we have access to, the more flexibility we have. If any bucket is reduced substantially, more will have to be taken from the others to make up the difference.

Leaving out Bucket 2, for example, would require the maximum from Buckets 1 and 3, drawing down reserves, or layoffs.

Our next task would be to go through each line item and get a sense how strongly the City Council feels about a reduction in expenditures. 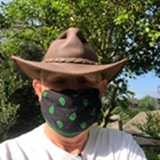