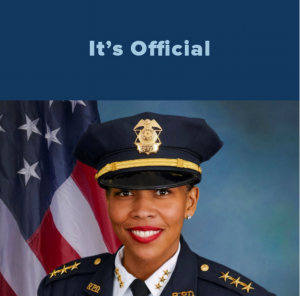 Bisa French is no longer Richmond’s interim police chief. Now, she’s simply police chief. On Thursday afternoon, the city announced French’s appointment. She is the first woman with African American and Latina heritage to serve as police chief. Chief French has spent her entire law enforcement career with RPD. She was a single mother when she started out as a police officer in 1998. She rose up the ranks including detective, sergeant, lieutenant, captain, and assistant chief.