If there was any doubt that municipal employee labor unions are running Richmond, consider the business tax measure the City Council placed on the Nov. 3 ballot.

In December 2019, the council directed city staff to examine possible “revenue enhancement” measures. But instead of doing the work themselves, the staff effectively outsourced the job to a coalition led by labor unions.

Businesses that would be paying the tax learned the details in a video briefing by city staff only eight days before the council voted to put Measure U on the ballot. When asked during that briefing how rates in the ordinance were established, LaShonda White, acting deputy city manager, had to defer to a union representative to explain.

Measure U is a significant tax increase for many businesses. How many is unclear. That’s because there was no analysis of the effect of the measure on companies, the potential loss of jobs when they leave the city or the effect on rents when landlords pass on the costs to tenants.

It’s a shameful abdication of professional responsibility by city staff — enabled by a City Council majority that’s more concerned with revenues for municipal government employees than the greater good of the city.

Voters should reject Measure U. And they should elect council members who care more about preserving Richmond businesses that are struggling and the jobs they provide residents than placating labor union supporters. 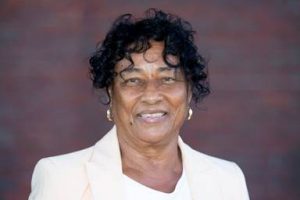 That means that, as the city holds its first district balloting for council members, voters should elect Parks and Recreation Commissioner Eleanor Thompson in District 1, human resources executive Ahmad Anderson in District 5 and former Councilman Vinay Pimplé in District 6.

For decades, Richmond officials have spent beyond the city’s means, while letting debts continue to mount. Their reckless behavior has at times left the city on the brink of insolvency. Now, the city faces a roughly $14 million average annual shortfall over the next six fiscal years. 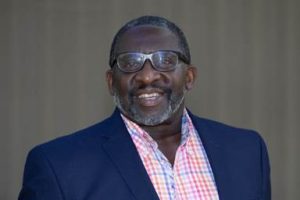 Even when the economy was strong, the city ignored its mounting debts. The shortfall in the city’s pension and retiree health plans for its workers kept growing, from $446 million in 2015 to $613 million in 2018 — to over $700 million today.

City officials would have voters think they lacked for revenues. This despite a special tax to help cover city employees’ pensions, a tax on property sales that dwarfs almost all other cities in the state, two half-cent sales taxes, three utility users taxes and the business license tax. 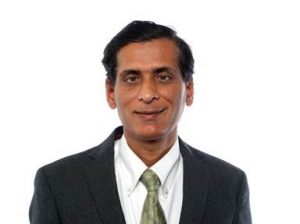 It’s the business license tax that, under Measure U, would be permanently converted to a tax on gross receipts ranging from 0.06% to 5%, which the city estimates would bring in an additional $6 million annually.

Sure, why not tax struggling businesses more in the middle of the economy’s pandemic contraction? And why bother talking to businesses before ramming it down their throats?

Backers of the measure insist it would reduce taxes for smaller businesses. Tell that to Sandra Escalante, the co-owner of an electrical supply distributor with about 14 employees. She estimates her city business fees would increase 19-fold, from about $890 yearly to $16,550, if Measure U passes.

The reason: The company’s gross receipts on which the tax is based are in the millions of dollars each year. But the company spends most of that money purchasing the merchandise. Gross receipts have nothing to do with actual profits — and in this case the tax would take a large chunk of Escalante’s profits.

Nevertheless, the council majority views Measure U as a key to the city’s financial woes. And the council candidates divide between those concerned about the impacts on business and those, usually city-union-backed candidates, providing full-throated endorsements of the measure.

It’s the fundamental difference in District 1 between Parks and Recreation Commissioner Eleanor Thompson, who opposes the measure and fears the jobs that would be lost, and incumbent Councilman Melvin Willis, who backs it and dismisses any notion that small businesses might be hurt.

In District 5, Ahmad Anderson, a human resources executive, and Michael Vasilas, a contractor and real estate broker, both oppose the measure and recognize the need to rein in city spending. Both are solid candidates, but Anderson has the stronger background and key political support for the election.

Opponent Najari Smith, co-founder of a bike shop cooperative, supports Measure U. And Gayle McLaughlin, who during her eight years as mayor was stunningly ill-informed about the city’s debt-ridden retirement program, declined to be interviewed. But the Richmond Progressive Alliance, which she co-founded, backs Measure U.

In District 6, Vinay Pimplé, while taking no position on Measure U, worries that it will drive businesses out of the city. Appointed to fill a one-year vacancy in 2015, the lawyer and former software engineer proved to be the smartest and most financially astute member of the council.

His opponents are Claudia Jimenez, a foundation consultant who supports Measure U, and La’Tanya Dandie, a social agency case manager who opposes it. Both have a lot of homework to do before taking an active role in the city’s finances.

It’s up to voters to stand up and say no to Measure U. No to perpetuating years of fiscal mismanagement. And yes to electing leaders who will bring change — Thompson, Anderson, and Pimplé.

Note: This article was originally published in The East Bay Times on October 8, 2020