The West Contra Costa County Council of Business & Industries is the regional advocate and member resource for business and industry that strengthens the local economy and improves the quality of life by working collaboratively with all stakeholders.

This mission is accomplished by: 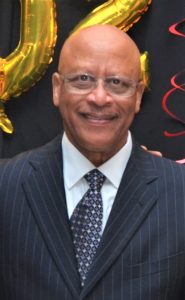 Former Richmond Mayor’s Office Chief of Staff Christopher Whitmore has taken the position of executive director of Richmond Promise, replacing founding Executive Director Jessie Stewart, who is moving on to a new position with UC Berkeley athletic program. He did a great job, and we will miss him!

Christopher will be replaced by his father, Vern Whitmore, a retired journalist, and public affairs consultant who has worked with and forthe City of Richmond in various capacities for three decades. Like me, Vern isa Vietnam veteran. He has an education degree with a minor in BusinessAdministration from Harris Stowe State University in St. Louis. Vern’smulti-decade career in journalism included the West County Times,the Post and the Globe Newspaper Group where he became the owner and publisher of the award-winning community newspaper distributed in Richmond, Oakland, Berkeley and San Francisco. While publisher of the Globe,Vern served as president of the West Coast Back Publishers Association.

In recent years, Vern transitioned to governmental affairs, forming Whitmore Majors Government affairs in 2016. He is a former chair and current board member of the Richmond Chamber of Commerce,president of the Santa Fe Neighborhood Council and former chair of the board of the Richmond Community Foundation

The Chief of Staff position is for one year and three months…. until the end of the Mayors term.
CONGRATULATIONS & GOOD LUCK VERNON!