The East Bay Economic Development Alliance is the regional voice and networking resource for strengthening the economy, building the workforce and enhancing the quality of life in the East Bay.

We are a cross-sector, public-private partnership that promotes strategic economic development throughout Alameda and Contra Costa Counties. East Bay EDA convenes diverse networks of businesses, local government, and community leaders who embrace the extraordinary value of our region as an unrivaled place to live, work, and do business. East Bay EDA champions regional collaboration through direct business services, legislative advocacy and regional networking by connecting efforts that support a healthy and vibrant economy.

The East Bay is in one of the world’s most dynamic economies and it is one of the nation’s fastest growing regions. We create accurate, original information about the region through commissioned studies and research, and promote the assets of the East Bay region through educational business forums, comprehensive networking events, access to business resources and regional marketing.

The EBLC is a public policy advocacy organization with a mission to increase economic vitality and quality of life in East Bay.

We are driven by hundreds of employers who value our bold advocacy agenda, access to elected officials, networking opportunities, and regional marketing. If a thriving East Bay matters to your business, you are in the right place.

The Industrial Association of Contra Costa County is a voluntary membership association of many different industrial manufacturers, suppliers, distributors and users. Our purpose is to provide opportunities for individual companies and organizations to leverage their resources to participate in public policy issues that affect the industries in this area.

MISSION: The Industrial Association of Contra Costa County provides its industrial and business members opportunities to share information and concerns about issues and trends affecting the economic vitality and quality of life in Contra Costa County.

The Association is committed to:

To be recognized and respected as the leading advocate for the common interests of California’s cities.

To expand and protect local control for cities through education and advocacy to enhance the quality of life for all Californians.

A reading of the founding and early history of the League is rich with colorful personalities and political intrigue. For a flavor of the character of the men who founded this association, read the following excerpt from a history of the League prepared by Winston Updegraff, former editor of Western City magazine and a long-time Laguna Beach resident. Portions of his history appeared in the September and October 1973 editions of Western City, a magazine in celebration of the League’s 75th anniversary.

A coincidence of events resulted in creation of the League of California municipalities in 1898. It began with a letter from young Ben Lamborn, city clerk of Alameda (population 17,000), to the more than 100 cities in the state. Mr. Lamborn had been instructed by his council to inquire about other cities’ experiences with a new mechanical device (a road roller). Drafting his letter, he found that the road roller question took less than the top half of the paper. So, “to make it look better,” he filled up the page with additional questions. Name of city? Population? When incorporated? Officials? Etc.

One of the city clerks to receive this inquiry was Haven A. Mason, a community activist, newspaper publisher, practicing attorney and city clerk of Santa Clara (pop. 3,200). Mr. Mason had recently read about the National Municipal League which was founded in 1894 as a citizens group tired of corrupt city government and determined to do something about it. He was excited about the possibilities Mr. Lamborn’s effort suggested and hopped the Southern Pacific Railroad to Alameda to discuss an idea: Why not organize city officials and consolidate experience and information on not only road rollers, but record-keeping and tax assessing and how to cope with the relatively new phenomenon of the electric light; how to raise money for the new services required by the dawning age of science; in short, how to organize California cities and city officials to work together to deal with the multitudinous problems which were a result of a growing population and increased demands for service.

Lamborn and Mason approached Delos Druffel, the energetic young mayor of Santa Clara, who immediately liked the idea and sent a letter to all other mayors in the state asking if they would be interested in attending a meeting to discuss matters of mutual interest. While awaiting responses, the fires of activism were tempered by practical realities. Where to meet? Where would funds for such an organization come from?

Mason and Lamborn sallied forth across the Bay to visit James D. Phelan, wealthy mayor of the largest city in the state, San Francisco. Phelan was not only interested in the idea of a League of Municipalities, he was specifically helpful. He offered San Francisco as a meeting place and advanced $3,000 out of his own pocket to pay for expenses (he was planning to run for the U.S. Senate). To supplement the advance, Lamborn proceeded to wrangle from the Southern Pacific a 3,000-mile pass, their investment in the prospect of collecting cash fares from convention-bound municipal officials once a year.

Enthusiastic replies to Mayor Druffel’s original letter of interest had come from the official heads of almost half of the cities in California. With financing secured, and with help and advice, both legal and practical, from C.H. Kirkbride, city attorney of San Mateo, an invitation was issued to all cities and incorporated towns, to send representatives to a meeting at Pioneer Hall, on Fourth Street in San Francisco, on December 14, 1898.

Several of the replies had expressed concerns to needed legislation to benefit cities, and the organizing date was set so that the first convention could be held before January 1899, “so that the proposed association could be formed in time to consider such matters of legislation as might be deemed expedient to submit to the Legislature then to assemble.”

Thirty cities answered the invitation; others sent words of encouragement and 13 cities, all from the Bay Area (recall the difficulty of travel in this era), sent delegates. They came by train and ferry; they could ride on 55 miles of double track cable car lines operated under 10 separate franchises in the city, and they could buy a choice steak dinner at the Palace Hotel for a dollar. Mayor Phelan was elected president, Mason was named secretary and Lamborn was made a member of the executive committee, along with Mayor Joseph Hutchinson of Palo Alto.

Mayor Phelan, renowned for his oratorical skill, offered a timeless inaugural address which can serve as a reminder to all of us in this century of the value of our association.

“The city of today is a new type of human activity and organization. While differing in matters of population, situation and details, modern cities are yet alike in essential particulars. They are created by the same power; they exist by virtue of the same laws; they exercise almost identical functions; they are called upon to meet the same demands and pursue the same purposes. And yet they are for the most part, isolated. In this state, there is no official way by which one city may become aware of another’s existence. It is hardly necessary to call attention to the increased efficiency which association bestows upon members. We see examples of benefits of association and cooperation on every side. We have associations of lawyers, of bankers, of doctors, of all classes of professional men and we also have the associations of wage workers. And, the testimony is that association has done each member good. A similar good would undoubtedly result from the association of municipalities.

“There is much work that can be done by this League. Many problems of city management remain to be solved. We are not yet sure that we have the best method of street construction. We certainly have not yet adopted the best means of disposing of our sewage and garbage with economy. How shall we best light our cities, purchase our supplies, provide proper sanitation and minister to the general well being of our citizens? Water works and lighting plants require knowledge. And yet we are all experimenting with these various matters, seeking solutions to the problems confronting us, without system and without direction.

“We should come together at least once each year to formulate our needs and relate our experiences for the benefit of all. It may be necessary for the legislature or charter makers to frame a new street improvement act. Who shall frame it – the street contractors or the cities? The latter most assuredly; and what better agency could have charge of such work than the League of California Municipalities which represents the parties in interest.” 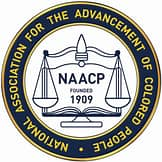 Founded in 1909 in response to the ongoing violence against Black people around the country, the NAACP (National Association for the Advancement of Colored People) is the largest and most pre-eminent civil rights organization in the nation.

The Richmond, California Branch was chartered in 1944.  Since that time, it has been led by those committed and dedicated volunteer souls, who many times sacrificed much, for us to be brought thus far along the way.  The way, many times, has been clogged with injustices in politics, education, social services, and economic inequalities.  However, as the above objectives states, we will continue to lead the charge against such injustices against people of color wherever it may occur in our City of Pride and Purpose.

The Richmond Chamber of Commerce exists to provide services, resources and advocacy to foster growth in the business community and benefit West Contra Costa County. We believe a healthy community can only be maintained by a strong local economy. The Richmond Chamber represents and works for our members, which include businesses and organizations not only located in Richmond but those located elsewhere and doing business in Richmond.